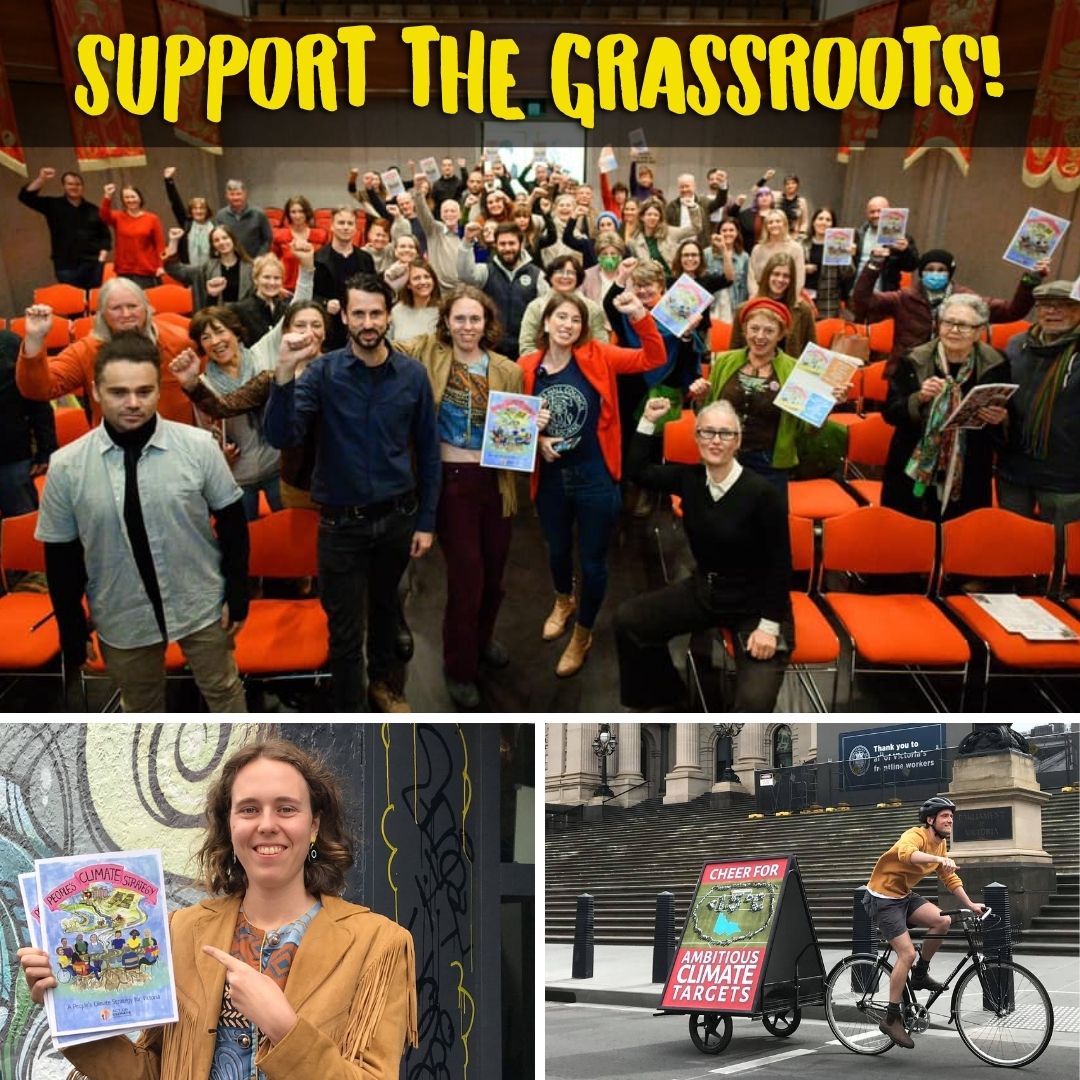 Friends of the Earth's Act on Climate collective has campaigned for climate justice since 2017.

Over the years we have helped secure strengthen Victoria's climate laws; funding for communities tackling rising sea levels; and the announcement of the state's first interim Emissions Reduction Targets.

On top of that, in 2020, we engaged with over a thousand community members across the state to write a People's Climate Strategy that is sending a powerful signal to politicians.

Will you make a tax-time donation to help us build on the momentum?

We want to pressure the Morrison government to match the UK and USA's climate ambition ahead of the critically important COP26 summit in Glasgow.

With your support we will:

Make a tax-deductible donation below to be a part of this push!