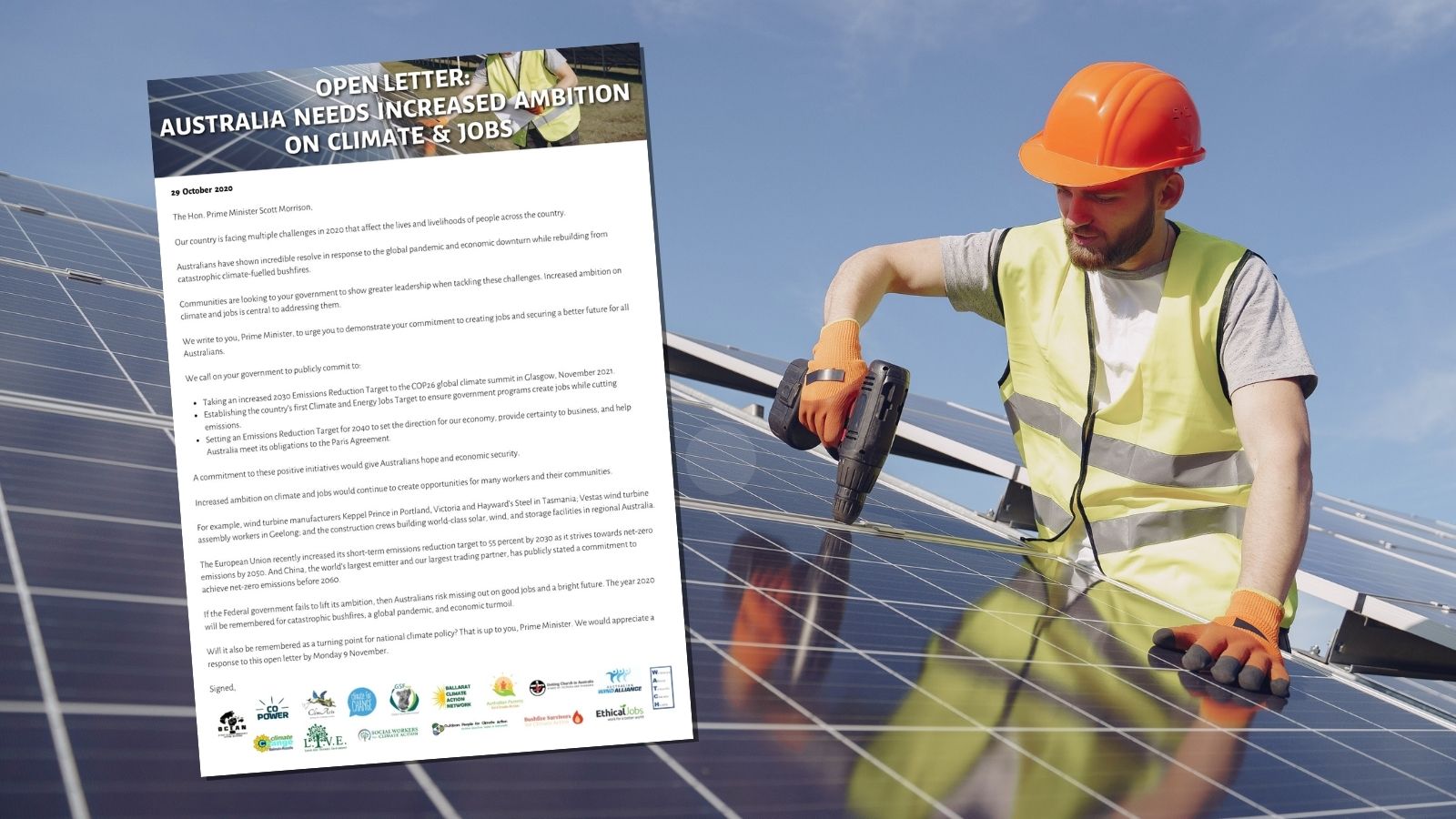 We need your help to put Climate Justice on Scott Morrison’s radar.

President-elect Joe Biden’s defeat of Donald Trump marks a critical turning point for global action on the climate crisis. The President elect has pledged to eliminate emissions from the electricity sector by 2035 and invest a massive $2 trillion into climate action and jobs.

If the Federal government fails to lift its ambition, then Australians risk missing out on good jobs and a bright future.

In October, Friends of the Earth’s Act on Climate collective organised an open letter to Prime Minister Scott Morrison calling for increased ambition on climate and jobs.

In just a few weeks, over 2,000 people from across the country and dozens of organisations such as the Bushfire Survivors for Climate Action signed the letter.

The Australian Labor Party Member for Bruce, Julian Hill, delivered the letter to the Prime Minister’s office on Thursday 29 October.

Will you email the Prime Minister today (and cc. Victorian Premier Dan Andrews) to help us get a response?