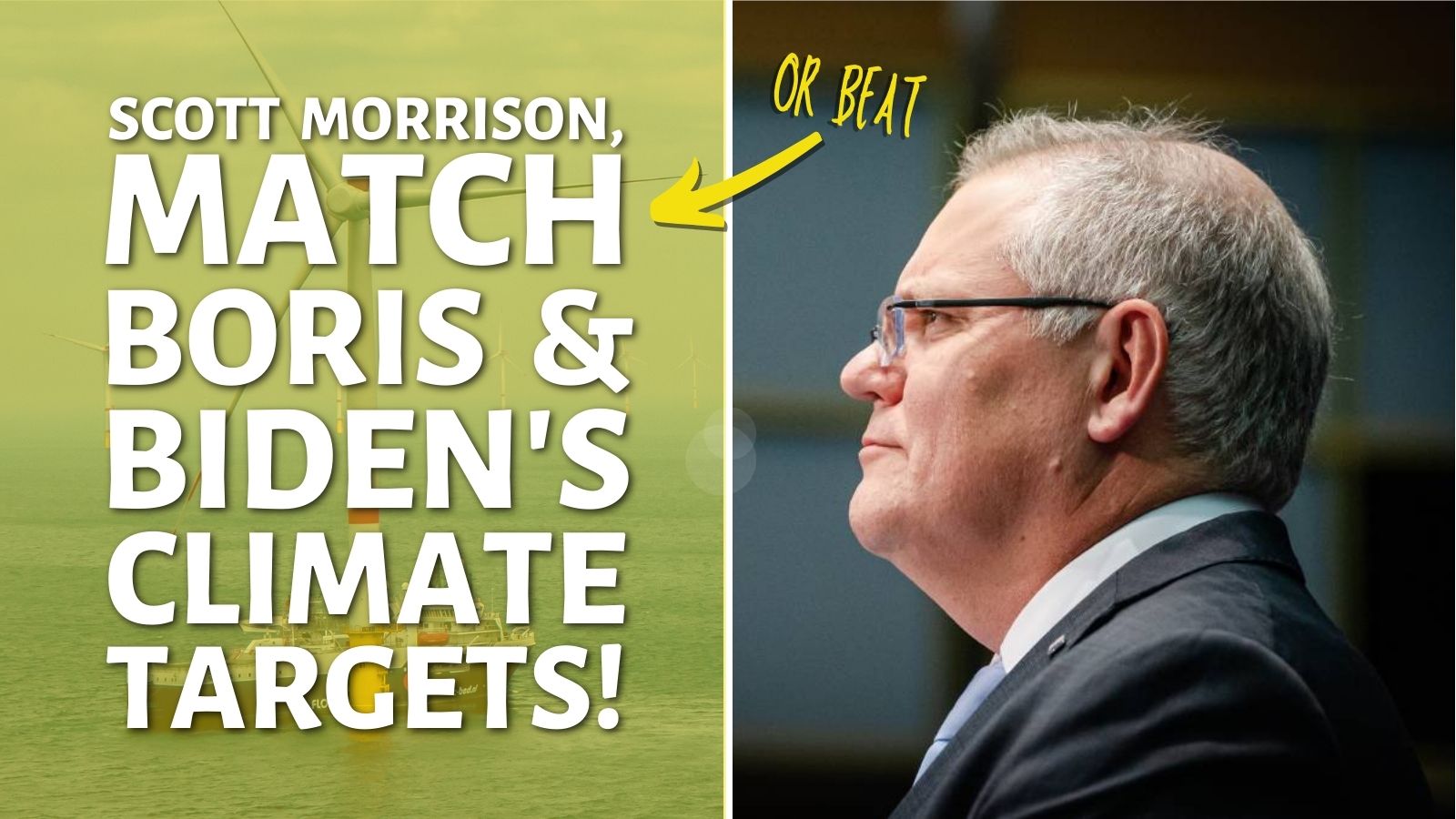 Time is running out for Australia to lift its 2030 climate target.

The United States and United Kingdom will head to the COP26 climate summit in Glasgow this November with increased Emissions Reduction Targets for 2030. Will Australia?

Our country's target hasn't changed since 2015 when Tony Abbott was Prime Minister.

Will the Morrison government take a strong target to the summit or stick with the weak target set by Tony Abbott over half-a-decade ago?

SIGN THE PETITION: Call on Prime Minister Scott Morrison to match (or beat) Boris and Biden's climate targets for COP26!

Communities across Australia have shown incredible resolve by rebuilding after climate-fuelled bushfires and storms, and leadership by shifting to renewable energy sources.

States and Territories have announced interim Emissions Reduction Targets and measures to achieve them. National emissions will fall by 37 percent over the decade if the states and territories deliver their commitments.

It's time for the Federal government to show the same level of commitment on climate.

It would be a major embarrassment to take a target that is over half-a-decade old to the critically-important COP26 climate summit. It would leave our economy exposed to punishing trade sanctions.

The United States and United Kingdom have committed to reduce emissions by 50 to 63 percent by 2030.

Prime Minister, I call on you to match the climate targets adopted by President Joe Biden and Prime Minister Boris Johnson at COP26, or beat them.

This outcome would be a significant step towards bringing national climate policies into alignment with the best available science.