It has been a marathon for Victoria as we work together to flatten the COVID-19 curve. Melbourne is still in lockdown, but that hasn't stopped our grassroots campaign for Climate Justice.

Here’s a quick update on our efforts over the last month...

As you know, we've been campaigning for science-based Emissions Reduction Targets for years. With the Andrews government deferring its decision until the end of the year, we decided it was time for Act on Climate to step up into the national climate debate...

Governments are now making decisions that will have big implications for our ability to tackle the climate crisis. We welcome individuals, organisations, and businesses who support climate justice to show their solidarity.

Now more than ever, the Morrison government needs to hear from the community about the need for climate leadership.

ADD YOUR VOICE to the open letter. 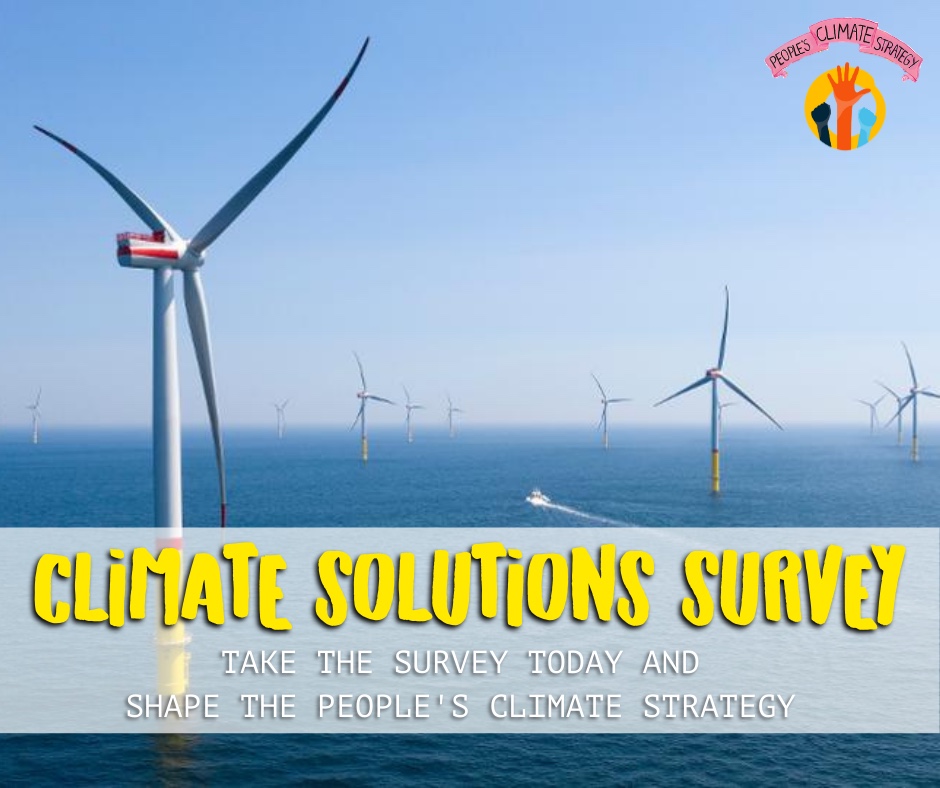 In recent months, we've surveyed hundreds of community members about climate impacts, held online forums on energy and transport, and undertook a social media brainstorm about how to tackle the climate crisis.

These efforts have helped put the People's Climate Strategy on the government's radar.

But we need your help to collect at least 500 responses by Sunday 4 October. If we can smash this target then we'll be in a good position to influence the government's thinking.

TAKE THE SURVEY today and share your ideas for action. 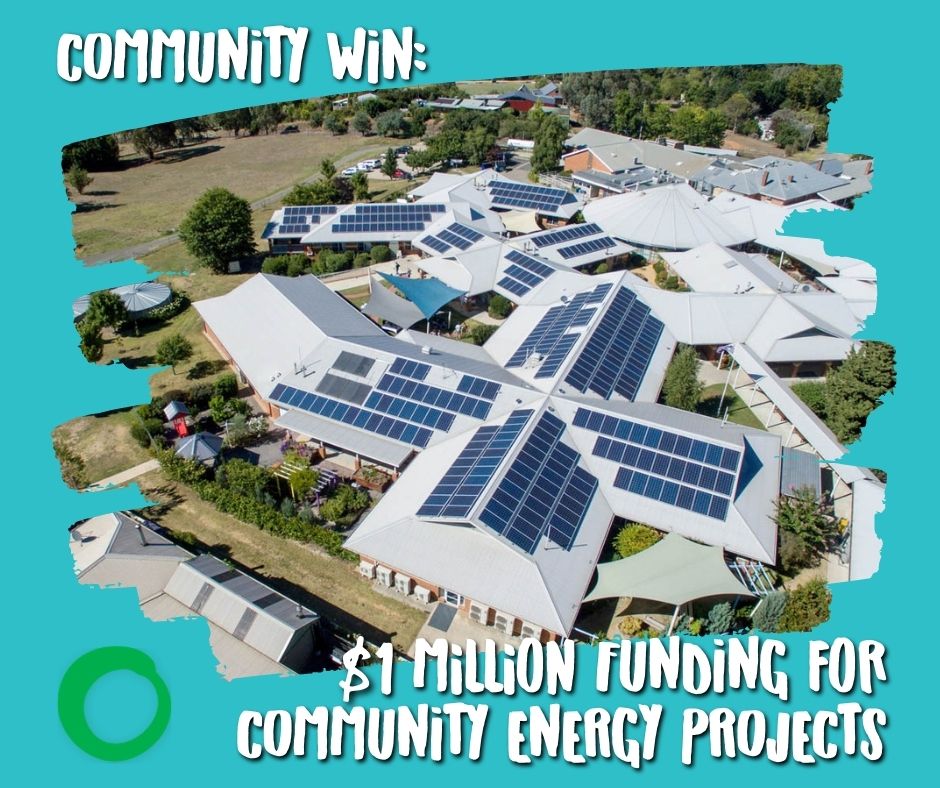 The Andrews government announced $1 million worth of grants to kickstart community-energy projects around the state. It will help the Bendigo Sustainability Group realise its vision to build, own, and operate a 100kw solar farm, among other inspiring projects.

Friends of the Earth welcomed this positive announcement from the government and called for scaled-up funding to match the demand.

"If the government can support 13 community energy projects across the state with $1 million," we noted in our response to the announcement, "imagine what could be accomplished with a dedicated climate action fund." 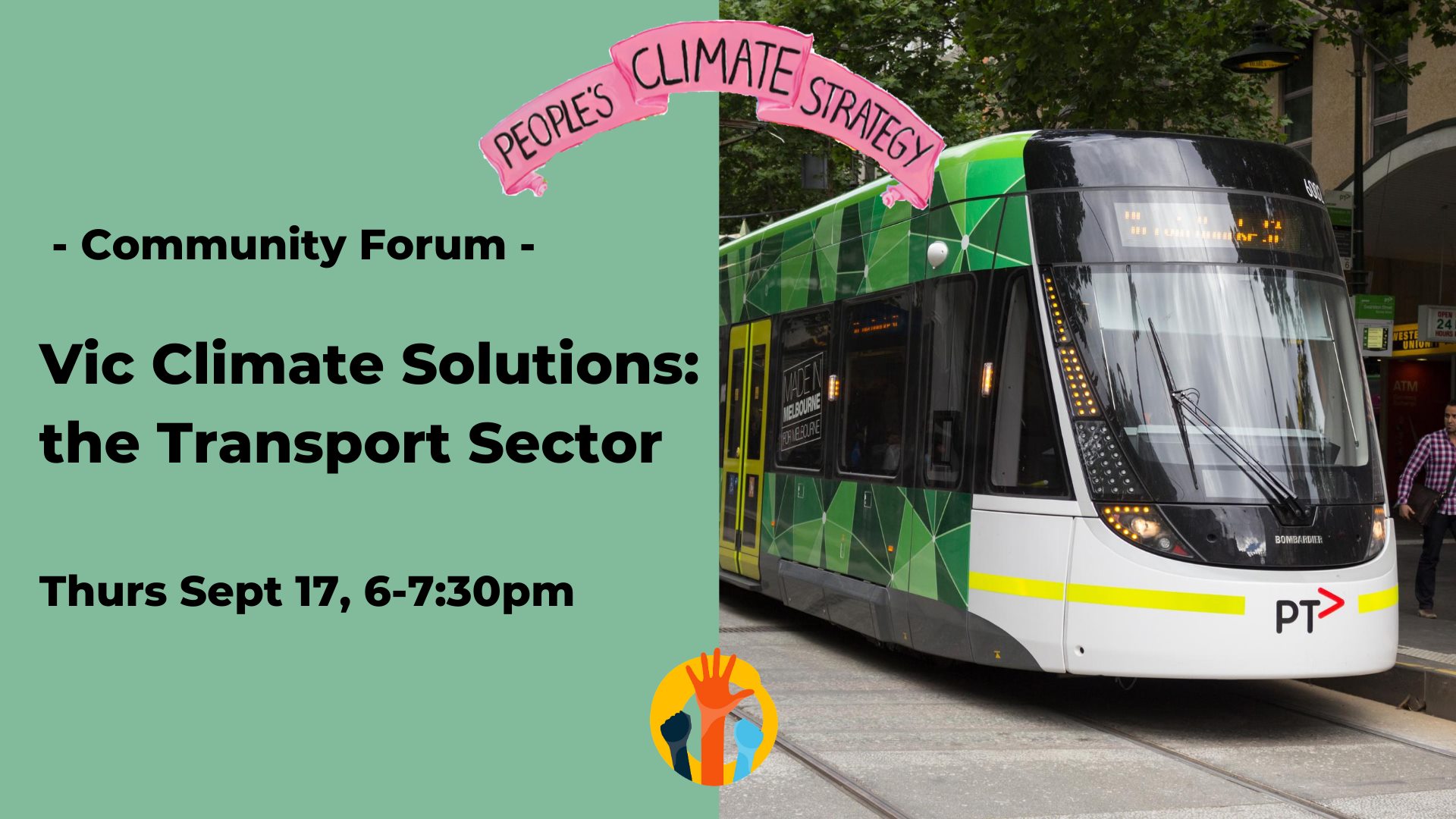 The community's strong appetite for sustainable transport energy was on full display at our packed out community forum on September 17. Attendees were treated to diverse perspectives on how the transport sector can quickly rein in emissions and prepare for climate impacts.

We encourage people to watch a recording of the event to hear what PTUA advocate, Daniel Bowen; RTBU organiser, Amedeo D'Aprano; the Disability Resource Centre's Kerri Cassidy; and FoE's own, Claudia Gallois, had to say.

On Friday 11 September, we presented a special night of music and grassroots charm with our Dial Up the Music, Not the Climate online concert.

Hats off to the talented Bec Stevens, Blake Scott (of The Peep Tempel), Lewis Coleman, Trad for Climate, and Sim Alie for performing in support of our campaign. The event raised nearly $2,000 to keep Act on Climate on the campaign trail. A massive thank you to everyone to joined us. 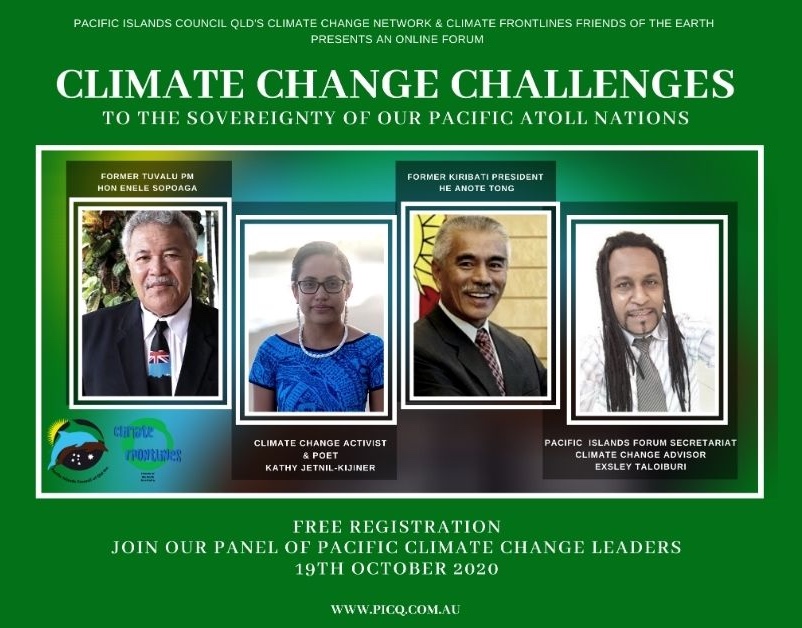 There are plenty of informative online events coming up in October and beyond. We'd love to see you at the following:

And remember, you're always welcome to join us for our weekly Act on Climate meetings which we're now holding online via Zoom (Mondays at 6pm).

That's all from us for now. See you on the (virtual) campaign trail...